I’d been waiting for the chance to catch a classic flick in the gorgeous setting of Old Town Music Hall for quite some time now. Many great screenings have often come up because of their stellar programming (they even planned their schedule up until March of next year!), but it’s still a little bit of a drive for me thanks to this delightful little thing called the 405 freeway and all its constant backed-up glory. Regardless, after turning in final papers for each of my classes last week, I had to get out of the house as Harold Lloyd’s The Freshman (1925) was scheduled for the entire weekend. Although I’m trying to escape the grips of college in exchange for summer (just one more final exam to go), this is one college-related thing I wouldn’t mind running towards.

On Saturday afternoon, I arrived with about ten minutes to spare and purchased my ticket. I absolutely adore the aesthetics of the theater, with its light green exterior and black and white checkered floors. The lobby is cozy and charming, though I wish I had taken a better look around. The main theater is beautifully decorated with two large chandeliers, tin ceiling tiles, plush curtains, and walls paneled with art nouveau posters.

I met up with a new friend of mine, and we sat together and chatted about all things film. Bill Field appeared before the Wurlitzer organ, and he started off by mentioning that he visited the Harold Lloyd mansion at some point while it still belonged under Lloyd’s name. He also talked about Old Town Music Hall’s beginnings as a silent movie theater in 1921, before it closed down during the rise of the talkies. It was reopened by Mr. Field and another fellow musician in 1968, and has been running ever since. He then played a medley of songs on the Wurlitzer organ, in which you could see neon outlines of the pipes as the curtains pulled aside. The screen rolled down and a sing-along commenced, complete with lyrics and era-appropriate slides.

Before the headlining film was shown, Laurel and Hardy’s The Chimp (1932) began playing onscreen. I can’t remember if I had seen much of their films during my childhood days, but I don’t recall seeing this before and thought it was adorable. 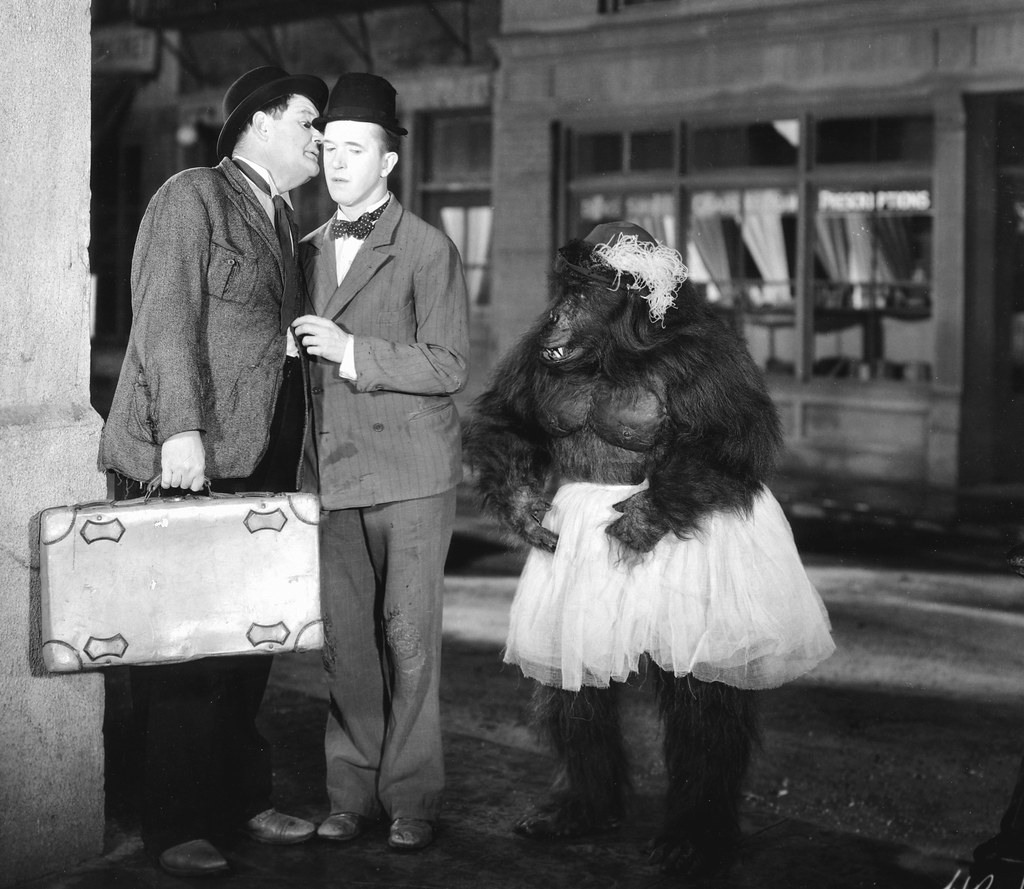 After a fifteen-minute intermission, it was time for The Freshman. It was wonderful to finally see it on the big screen, and the message it carries is timeless for any audience. I also love seeing the fresh-faced and sweet Jobyna Ralston paired with Harold Lloyd’s boyish charm, and the scenes where she sews a button on his shirt and later comforts a sobbing Harold are the ones I always remember in relation to the film. That, and the kitten hiding in Harold’s sweater! The Wurlitzer accompaniment is just marvelous with its various textures of sound, and made the setting feel much more authentic. The layers of laughter coming from the audience members are always great to hear, and the laughs just kept building and building towards the end. As it should!