The following analysis was written for my “International Cinema” class…

Ousmane Sembene, a postcolonial African filmmaker, directed two of his earliest films in the 1960s: Borom sarret (1963) and La noire de… (1966). Both works deal with issues of aesthetics, hybrid identities (specifically European and African), and binary oppositions (modernity/tradition) that have become distinct in postcolonial African cinema. With many African films receiving funding from France during the 1960s, there is a question of whether this would be seen “as an influence on films’ content and aesthetics,” or rather “a form of appropriation, with African film adopting the ‘French conception of cinema’ as a universalist message” (Harrow 97).

Borom sarret peeks into a day in the life of an unnamed man who works as a cart driver in Dakar, transporting various people and items to their destinations. Sometimes he is paid for his efforts, while others take advantage of him. Due to the frequent use of voiceover narration, the viewer is able to know how the wagoner feels about certain people or the situations he is currently facing. One of the individuals that the wagoner meets is a Griot, a traditional storyteller and musician who holds a strong influence in African culture. The Griot serves as a reminder for the stylistic use of sound portrayed in this film (the juxtaposition of real dialogue, the use of traditional African music, and the literary first-person quality of the narration), which is highly evocative of oral tradition. 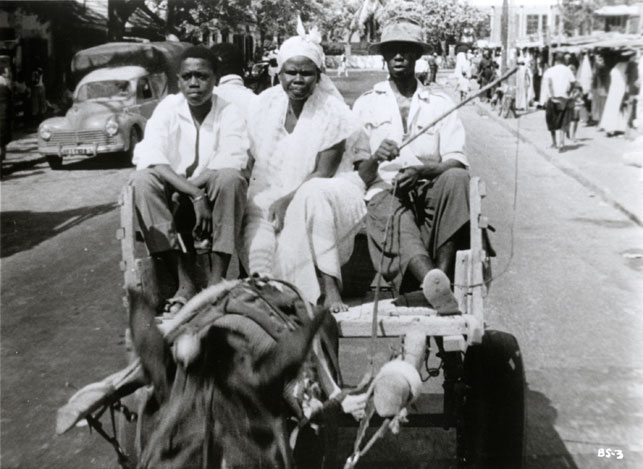 In the second half of the film, a well-dressed man approaches the wagoner and asks him for a ride back to the urban part of the city. As the wagoner peers into the distance, he hesitates at first, knowing full well that carts are off-limits in such areas. However, he decides to take a chance in order to earn his living. A shot overlooking the modern buildings from within the city is accompanied by classical music, suggesting a sense of European identity. This piece of music is also a sound juxtaposition to the traditional African harp music that plays throughout the film.

The urban city that the wagoner encounters is a prime example of how “Africa’s political, economic and social systems are constantly evolving” into a hybrid system, “some sort of established and permanent state or a stage on the way to achieving Western-style statehood” (Sommerville 324). When the wagoner loses his cart (his only means of making a living), he stops in front of a red light. The separation of class and new technology is visually portrayed through this scene, as the wagoner shares his thoughts on how modern life is nothing but a prison. Once he returns to the natives’ quarter with his horse, he remarks on how good he feels about living in his neighborhood. The binary opposition of modernity/tradition is portrayed through these two halves of Dakar, showing a visual representation of what has and has not changed within the postcolonial era. La noire de… is based on a real event where a young housemaid committed suicide inside her employers’ home in Cannes. Diouana, the protagonist of the film, travels from Dakar to the French Riviera, where she cooks, cleans, and cares for the children in her employers’ residence. The structure of the narrative is fragmented, in which some scenes are portrayed as flashbacks in Diouana’s life. The flashbacks show how she secured the job she has now, as well as her excitement of going abroad to France and exploring what the country has to offer. Just like in Borom sarret, the technique of voiceover narration is used in order to portray Diouana’s interior monologue. Furthermore, African harp music is generally played over scenes featuring Diouana and of her home life back in Dakar. There is, again, a juxtaposition of sound as upbeat piano music (representing Western music and European identity) plays over scenes featuring the French Riviera. 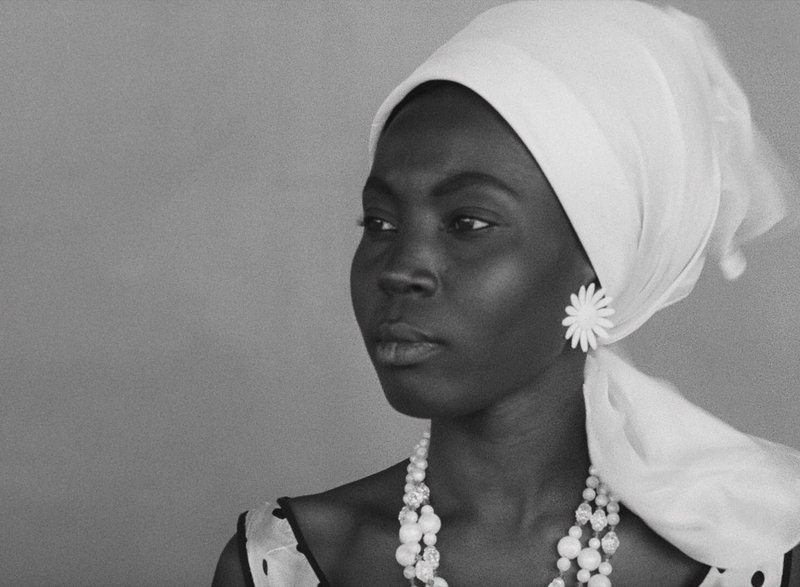 During the colonial period, “power was used to force Africans into distorting identities” (Ranger 273). Since a good portion of the narrative is set in France (once a colonizer of certain African countries), there is a concern regarding ex-colonial space, and a relationship between the colonizer (the employers) and the colonized (Diouana) is established. When we first see Diouana, she is wearing Western clothing (handed down from her employer), and a bouffant wig that masks the natural appearance of her hair. Throughout the course of the film, Diouana wears the wig less and less, yet there is still a trace of European/African hybridity in her appearance that is the result of a Senegalese woman living in France. For instance, she still wears the hand-me-down clothes, and is conscious to wear the wig every time she steps out for groceries. 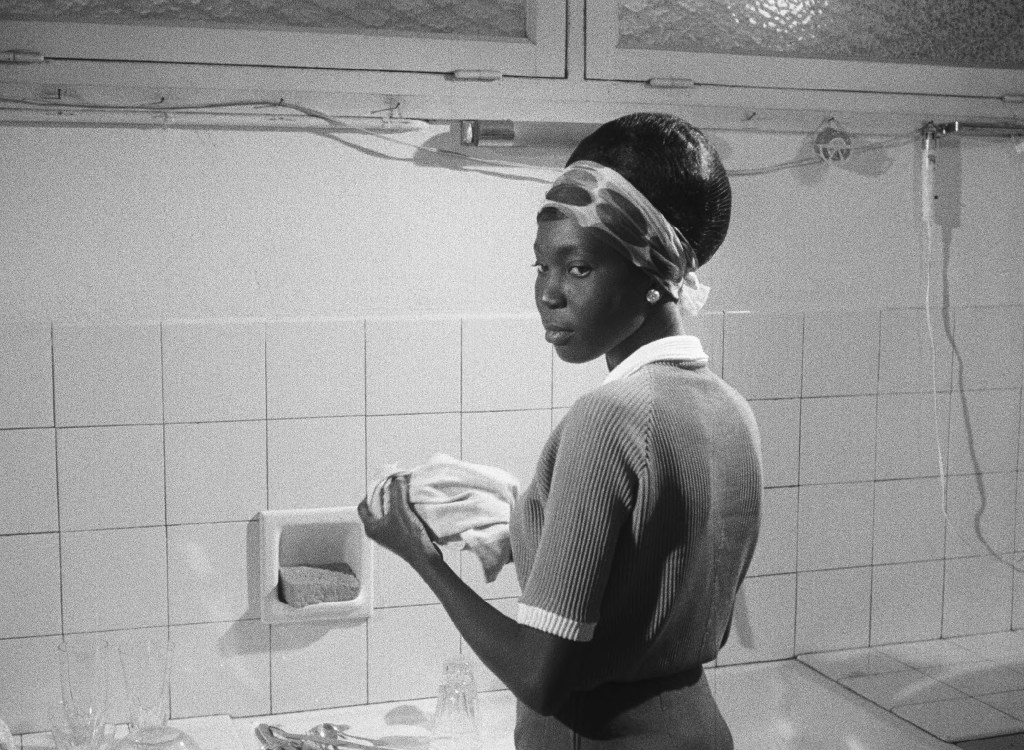 The longer she stays with her employers (one of whom becomes increasingly hostile towards Diouana), the more we get a sense of the regret and resistance she is feeling through her interior monologues. Diouana is trapped within the home (symbolizing the entrapment of colonial history), which she considers to be her France—the only part of the country that she ever really gets to see and experience. She also refers to herself as a prisoner and slave to her employers, who have tricked Diouana into becoming a full-time housemaid, instead of just caring for the children like she was promised. The final image of Diouana shows her limp body inside a bloody bathtub, which serves as a visual representation of the violence and mistreatment that occurred during and after colonization.

Borom sarret and La noire de… share similarities in voiceover and sound aesthetics, as well as thematic concerns of the modernity/tradition binary (Borom sarret), and the distorting of identities that are a result of French colonialism in postcolonial Africa (La noire de…). In order to fully understand the influence that historical context can have over filmmaking aesthetics, it is imperative to regard African cinema in “its own terms…[as well as] its own dynamics and structures,” instead of viewing it “from an arbitrary Western perspective” (Sommerville 322).

Somerville, Keith. “Postscript: Structure and Agency in Africa.” Africa’s Long Road Since Independence: The Many Histories of a Continent. London: Hurst &, 2015. 319-26. Print.