Last Sunday, I made my third visit to the TCM Classic Film Festival in search of a quick pick-me-up to get through the last remaining weeks of the semester. With this year’s theme being “Make ‘Em Laugh: Comedy in the Movies,” there were plenty of opportunities to catch a case of the giggles and forget about life for two hours.

I was aiming to see a small handful of flicks this year, but as the weekend progressed, it became apparent that I was going to maintain my one-screening-a-year streak. So, I set my eyes on Sunday morning’s lineup and was delighted to see that Arsenic and Old Lace (1944) had been added for an encore screening. I got up at the crack of dawn, and headed straight to the center of Hollywood, which was nearly void of life. That’s something even this L.A. native hardly ever sees.

As I got to the standby area, I saw that Cock of the Air (1931) only had a few people in line. It’s a film I’d never heard of before, so I made the impulse decision to try and see it. I received my placeholder ticket at number six, and waited idly for about 1.5 hours. Slowly, I began to realize that I was actually in line for Arsenic and Old Lace, while the line for Cock of the Air was right beside it. Confused? I still am. However, I decided to stay put, and what a lucky decision that turned out to be! Hardly anyone was able to get in for the precode, while the whole standby line for Arsenic and Old Lace was able to get in no problem. After we were led inside by a staff member, I purchased my ticket and went upstairs to the designated theater. Lots of seats had already been filled (except for the neck-breakers), but I spotted an empty third-row aisle seat across the room and scurried over.

Promptly, a staff announcer began the program by introducing author and film historian Jeremy Arnold to the front. He talked about Frank Capra’s earlier, lesser-known days as a gag writer for Hal Roach; and how this film was Cary Grant’s least favorite movie, “but 99% of audience members disagree with him.” Arsenic and Old Lace was previewed and set for release in 1942, but since the play (that it was adapted from) was still circulating on Broadway, it wasn’t officially released until 1944. Arnold went on to add that, in the meantime, the film was sent overseas for the soldiers to watch. 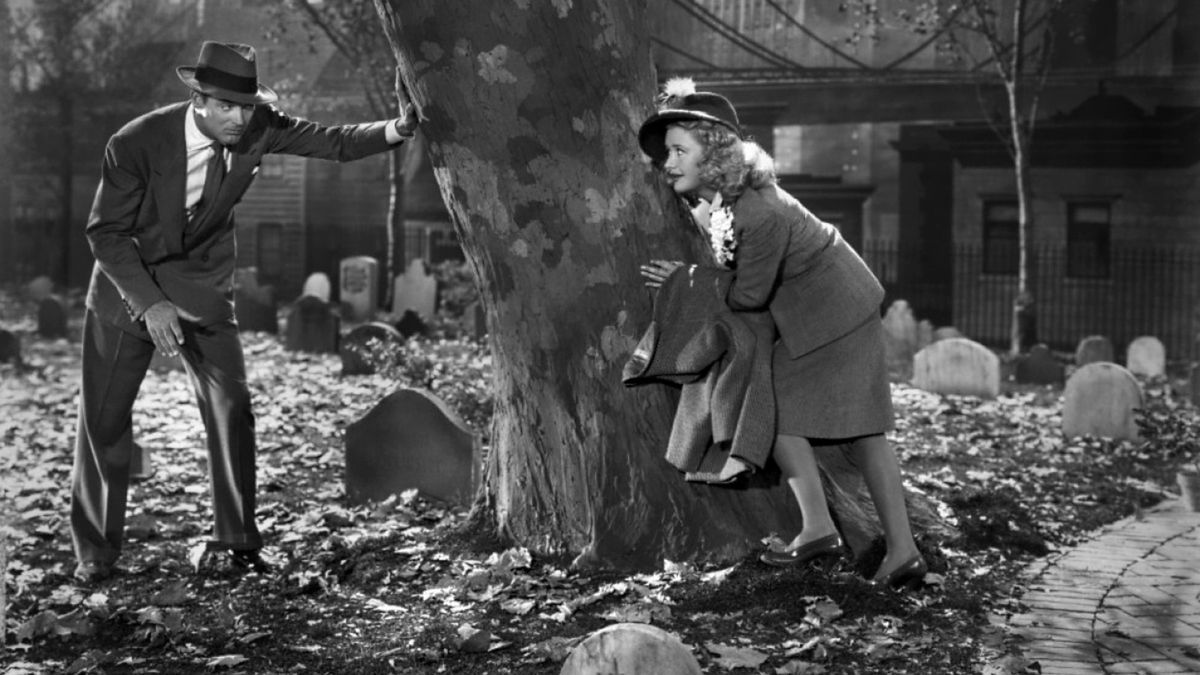 I saw this film for the first time when it aired on TCM last summer, and it quickly became one of my favorites. It’s a hilarious dark comedy that’s even more infectious amidst an audience. Startled laughter kept erupting at the sight of Mortimer’s exaggerated facial expressions, and Teddy’s upstairs “Chaaaaarge!” never managed to get old. For a brief moment, I couldn’t help but remember the tidbit about the soldiers, and began to wonder how the laughter might have sounded from audiences who saw it first-run. Did they laugh at the same parts we were laughing at? Were they laughing more? I wish I knew. By the time I stepped out, I was absolutely weary. Maybe it’s because I caught an early screening, but still, I don’t know how anyone can handle seeing multiple films at different venues for over a duration of four days. Props to you, TCMFF attendees! Maybe someday I’ll get to find out what that’s like, but for now, I’m happy with what I can manage. One is better than none!